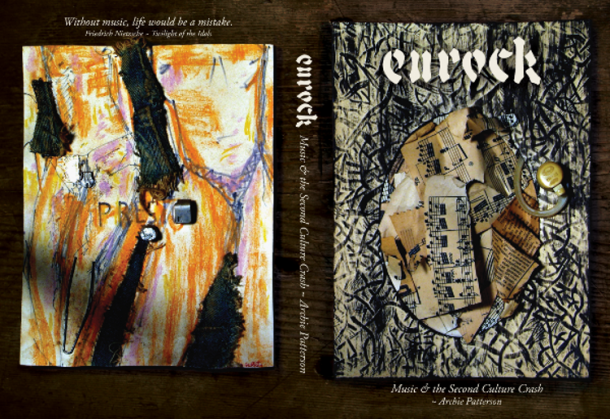 Archie Patterson published the debut issue of Eurock on the Ides of March 1973. It was a spin off from his original FM radio program Eurock, which began in 1971. The magazine was the first English language publication exclusively devoted to the exploding International progressive & experimental electronic music scene.

In the mid 1970s, Patterson helped found two US companies, Intergalactic Trading Company and Greenworld LTD, devoted to importing music from Europe into the USA. In 1981, he decided to transform Eurock into an independent distributor and label to focus on making available the best experimental music in Europe. In 1990, he stopped publishing the magazine to concentrate on promotion and marketing bands he most admired on the International music scene. For 30 years, Eurock imported & promoted Euro music into the US.

At the dawn of the Millennium, he stopped the distribution and magazine to concentrate on documenting the work of Eurock music of that era. Since then he has published two books. European Rock & the Second Culture, an anthology containing all the original articles – Bio’s, Interviews & Features published in Eurock magazine over 30 years. Its 709+ pages constitute a living cultural history of the experimental music scene that existed in Europe from 1970-2000. In 2013, he published the second Eurock book entitled Music & the Second Culture Post Millennium that featured an overview of newer artists as well as commentary on the changes that music had gone through over the years. Both books feature striking cover photos of Urban Sax.

In 2013, the ultimate form of recognition for his work occurred, Jennie Thomas, head archivist for the Museum of the American Rock & Roll Hall of Fame invited Patterson to contribute his Eurock works – magazines, catalogs and books created over the past 40+ years to the Museum’s Archives.

In 2015, he has just published his third book, Music & the Second Culture Crash. His previous books, as well as this new work and his overall concept of music playing an integral part in the creation of culture are linked thematically by the following quote:

Musical innovation is full of danger to the State, for when modes of music change, the fundamental laws of the State always change with them.
Plato, The Republic

The books writers explore the ways in which this has come true today as well as their own personal musical developments. Their stories and conclusions make for provocative reading.

7 ans ago in Actus